I read everything I could about what to take with us. To prepare for anything that could come up. So when I started packing I knew I only wanted one bag. Everything needed to fit in my Mom backpack.

My snack bag: OK so all of the time I spent making homemade baby food the first year of Hucklebaby’s life… I threw that out the window and packed way too many sugary treats than I need to mention. Even I questioned my parenting choices while looking at the bag. Fruit snacks, Pop Tarts, Lolli-Pops, Goldfish and raisins. Raisins? Yeah…I needed to have something in case I started getting ‘judgie’ eyes. You know what I’m talking about. 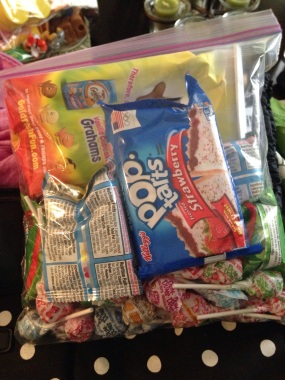 I also stopped at Target and grabbed a few things from the Dollar Spot. Toys and games to take on the plane…that could stay on the plane if need be. Blocks, flash cards, tiny toy airplanes. I was so proud of myself.

Sidenote: Guess what flies really far across an airplane aisle? All of the little toys I took with us. Worst idea ever. 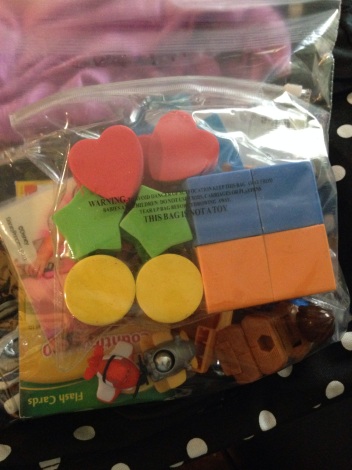 I made sure to pack plenty of diapers, even though we are potty training, airplane toilets would probably suck him in. Maybe not…but I wasn’t taking chances.

Also an extra set of clothes, because you never know what’s going to happen, an empty cup and hand sanitizer. I didn’t want plane funk.

This was us headed to the airport. A beautiful Florida sunny afternoon.

I wasn’t driving so I was trying to count lightning strikes. I have no idea why.

Guess what this picture is? Just red and blue lights behind us.

Yeah…Billiam got pulled over after the rain ended. He was “trying to make up time”. He was horrified I was trying to take a picture and capture the moment…so this is the only one I was able to snap. I was laughing pretty hard. 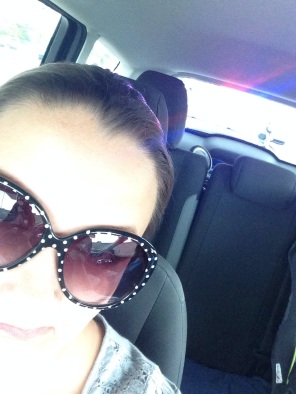 and he was not amused….

Poor Hucklebaby. He slept through the first time his dad got in trouble with the law. I made sure to document it though. That’s my job right? 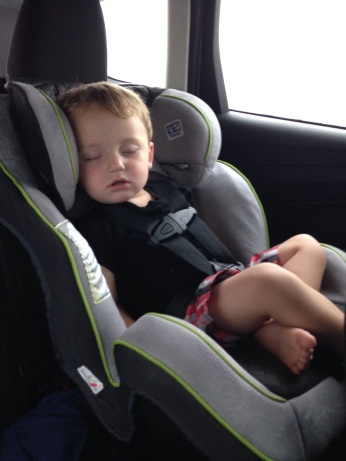 We finally made it to the airport shuttle.

Do I know how to pack or what? 50 pounds…I can squeeze just about everything in. H and I shared a suitcase.

Billiam on the other overpacked and had to rearrange his stuff. Seriously he packs more than a teenage girl. 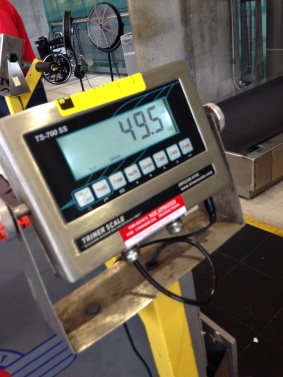 After all of that…we needed a drink.

Airports are magical places for little boys. Planes, trucks, trains. They were all there. I would pay to go to a special room at the airport just to let him watch this activity. Like an airport park…Someone needs to think about this idea. I don’t know who is in charge of things like this…but get on it. 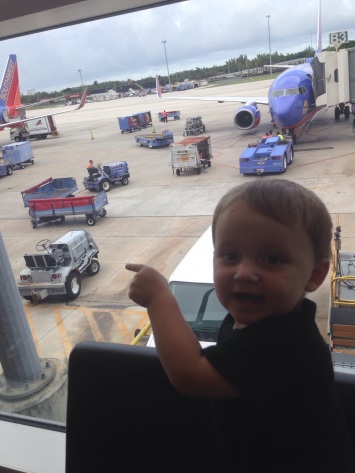 Time to board the plane… 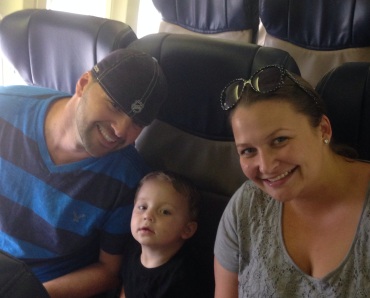 …after all of my worrying you know what happened??? No matter what I did, prepared for and was ready for…I had “that kid”. I promise I did my best.

Sure…go ahead, climb under the seats and grab the passengers legs in front of us. That’s not mortifying. 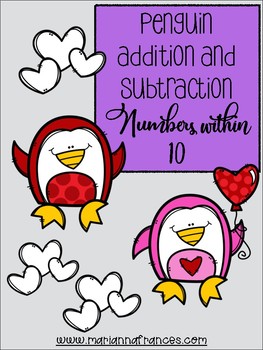